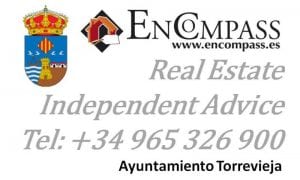 Torrevieja has so much to offer; sports, marinas, beaches as well as bars restaurants shops. This is a city of many cultures within the coastal municipality of the province of Alicante, in the Valencian Community, Spain. Located in the south of the province, within the region of the Vega Baja del Segura, it is located in a landscape of high ecological and scenic value on the shores of the Mediterranean and next to the lagoons of La Mata and Torrevieja. With 101,091 inhabitants (INE 2010), it is the fifth largest city in number of inhabitants of the Valencian Community.

In the city there is a plan that the different municipalities have been developing, and is to spread the culture through different activities in order that people can be closer to the culture, can live it and prevent it from disappearing. Between this plan we can find different activities like the summer course organized with the purpose of teaching dance, we also find exhibitions of local museums, concerts of orchestras, promotion to the reading and a special plan of activities for the weekends, where all the Family can go without any pretext.

Being this city at the foot of the Mediterranean, it is logical to think that its gastronomy has been influenced by this majestic sea due to the availability of ingredients, especially fish and seafood, that were in their markets. Its richness is also due to the fact that it has been an area where traditional Mediterranean cuisine mixed with the new Spanish styles giving fruit to the local cuisine, which is reputed to present the best dishes based on seafood and the best rice of the Mediterranean cuisine and can try them both in their local markets and in modern restaurants.

The celebrations that are celebrated in Torrevieja are a mixture of local celebrations, parties of the autonomous community and national holidays offered throughout the year and written in a billboard available for download.

The year begins with the national festivities of the day corresponding to the new year, the Magi are continued and in February the local carnival is held, in March is celebrated the Valencian fiesta to San José and then comes Holy Week in April is celebrated The local fiesta of San Vicente Ferrer and continues with other national and local festivals.

Being a city at the foot of the Mediterranean and with considerable access to the sea, it is logical that its tourism is based on the beaches and the coves having that you can find more than 13 beaches with really pleasant environments for vacations, with clear waters and with Soft sand plus a key cleaning to have a delicious break. Also visit the salinas is recommended to know a little as is the local production of salt, likewise there are natural parks and coves which is recommended visit to have a complete experience of the city.

Properties within 5km of Torrevieja

Let us market and sell your property for sale

selling your property in costa blanca

Sell your property
No Sale - No Fee

All we need is your contact information, or send a whatsapp message and we will be in touch with you, very soon!