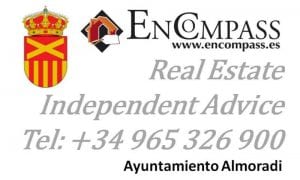 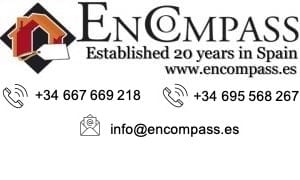 Let us guide and assist you with your property needs, over the years we have sold, refurbished, and advised clients in Almoradi. Do you want to sell or buy in this area? Ask us for more information we can offer you a free current property valuation, we do have more property for sale in Almoradi, not everything is on our website. From New Build to Resale Properties. Bargains to Luxury Bespoke Properties… Do you want to sell your property? You can advertise here FREE.

Almoradi village is located in the provence of Alicante Valencian Community Agriculture is the economic axis for many years nowadays there are factories as well as construction there are several industrial estates on the road to Dolores Algorfa and Rojales Almoradi village is becoming one of the most populated in the region it is in an important enclave, 45 km from Alicante.

Almoradí has a large architectural heritage.

The Church of San Andrés, the Cortes Theater, the Old Hospital, the Plaza de la Constitution, where the Town Hall and the Church are located, In its urban center different places and parks of great beauty come together. Almoradi emphasize their celebrations that are throughout the year.

Some of the best known are the end of July in honor of the Santicos de la Piedra, San Abdón and San Senén.

Within these there are those of Moors and Christians, with 30 years of history Other popular festivals are the holy week, and the patron saints The Christ of the Bells and the Virgin of the Perpetual Socorro Almoradí, City of Services, Almoradí, City of Furniture, Automobile Fair and Gastronomic Week all entice large groups of visitors.

Almoradi is located to the south of the province of Alicante, which has a territorial equivalent to almost 43 square kilometers where it houses a population of almost 20 thousand inhabitants until the last census carried out by INE in The year 2015 so it is assumed that this has increased. According to records, the origin of this municipality was in an era by the years 1196 BC where apparently a king decided to found a small village which began to be very populated.

A great number of people came from both Greek and Carthaginian origins. It is said that the main colonizers and those who gave more influence were the Romans, because, knowing that Carthaginians and Greeks had had a village here, they decided to take it and from them confirming all this the findings of pieces and archaeological remains and Roman constructions.

In the same way, the Arabs dominated this territory during the time when the peoples of Africa and the Middle East dominated the territories of Spain, the municipality fell into their hands, taking advantage of what was already there King James I of Aragon was responsible for the reconquest of the territories of the present Almoradí, which, by a series of treaties to the kingdom of Castile where he was given a great honour with the aim of making him grow. Many more houses were built and economic activity increased.

During the formation of this town the municipality moved with the agriculture that exploited the great wealth of the lands resulting in the agriculture farming of the locality grew making the municipality one of the most important for the export of Food throughout Spain Thanks to the availability of natural food, the industry began to flourish with great force making the farming industry the main current economic activity with a large number of factories open for canning, although furniture, plastic, textiles among Others are equally important for the industrial sector.

Currently services have also grown resulting in a migration to the services sector giving more variety to economic activities.

Properties within 5km of Almoradi

selling your property in costa blanca

Sell your property
No Sale - No Fee

All we need is your contact information, or send a whatsapp message and we will be in touch with you, very soon!